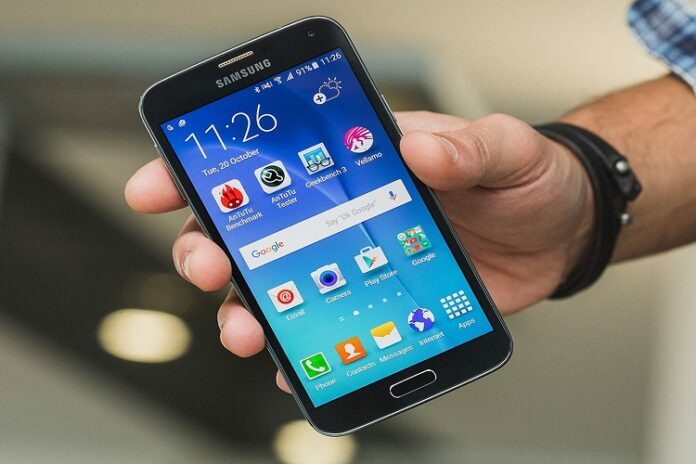 Well  after winning the market with Samsung galaxy S4 and Samsung Note3  Samsung is now getting prepared to light the markets on fire with their Upcoming Samsung galaxy S5.This is rumored to be the next big thing to hit the markets very soon. Even though the launch is not anytime soon but still the imaginations of the designers is running wild and high regarding how the new S series phone should look like and how it will be different from its successor. Besides the high tech features in S4 Samsung was criticized for its plastic design well looks like Samsung has decided to step up with metal body in S5 to give full competition to Apple and HTC. All we have to do is wait to see what how the aluminum body will beat the already metal finish of Apple iPhone 5S and HTC one. Get detailed information about  the features and functionalities of the latest devices, on this website: techiance.net

According to the rumors the new Samsung big shot will probably be released next year. Samsung has never followed any pattern with earlier S series phones so all that can be concluded is that if S4 was released in April 2013 so S5 will hit the markets in 2014.The month of launch still can’t be confirmed but expectations are that it will be around April. Apple has announced the launch of their iPhone 6 next year, Looks like it will have a major competition with S5 on the way.

According to rumors Galaxy S5 design could be the defining moment for the S series. The design includes an impressive 5.3 inch screen with 1080p super AMOLED plus display. The display is rumored to use the sharp’s new IGZO screen technology. The device is supposed to be having a super 4K resolution which will allow the users to experience videos and pictures beyond the Full HD resolution if that’s not awesome then what is?

Abandoning the plastic the Samsung is all set to adopt an all new aluminum body for its next-gen Smartphone and S5 will be the first one to have the metal body. The removable battery found in previous series is set to be eliminated with the arrival of aluminum in the design. Aluminum is not only going to upgrade the design but the cost of manufacturing will hike too in turn making the device more expensive. Get detailed information about Samsung devices that are most popular in the world, on this website: techNolik.com

Samsung has acquired a Carbon fiber specialist in SGL group recently which is hinting at a new design and new materials.  In an official statement it was announced that Samsung will be using high-end lightweight material in their upcoming devices whether phones or tablets in the future.

S5 rumors have started to make rounds around the market with it’s supposedly beyond Full HD resolution. The S5 display is expected to have even more pixels than the Full HD offered by the last S series phone. The 16-mp Carl ziess rear camera is rumored to be the highlight of this device allowing the users to have the ultimate experience of photography and video shooting.  The latest rumor which has gained the most attention is the flexible display in the 5.3 inch screen. Flexible display being the most advanced feature will set this device apart from all the previous ones. Flexible display means tougher and shatter resistant materials which will allow the users a little bit curving granted not full bending but still the resistance that the material will offer against any impact compared to glass could be a huge advantage.

The device is expected to run on the new Android 4.4 KitKat and 64-bit processor which has already been used in iPhone 5S also the same processing power. Samsung has announced that S5 will not have the integrated fingerprint scanner feature but does not mean that we won’t get it ever since they also said that they are working on it. The device is also offering 3GB RAM, 2GHz Exynos 5 OctaCore processor but not only this, this extraordinary device is expected to have storage capacity starting from 32GB and extending up to 128GB.One of the new features also includes waterproof and shockproof body though this can very well be a rumor too.

The new Samsung Galaxy S5 rumors also promise the users an impressive 16-megapixel camera with the Smartphone camera sensor. This new feature will make the users experience high end photography but that’s not it the device is also rumored to have optical image stabilization feature which surely is brilliant. For the front camera a 3.2MP 720p camera with BSI and CMOS is supposedly reported in the rumors. The camera features sure promise a new and awesome experience with snaps and videos but let’s wait to see what is in store.

Galaxy S5 prices are far from being confirmed but the new and advanced features do promise that it will surely cost more than S4 which was pricy enough already. Also according to the rumors the use of new materials especially metal in the body will bump up the prices of this device too. The design is said to be next-gen handset and it sure means that the premium materials used will make the phone expensive. Although the Samsung Galaxy S5 price is a long way from being confirmed, it has already been suggested that the S5 will cost more than its predecessor.

Adding to the rumors it is also being said that the S series will not be there anymore and it will be replaced by a brand new F series. Also adding to these it is being speculated that the S5 could be the first-ever Smartphone of the F series but nothing is confirmed as of yet. Learn more about the latest technology news and updates, on this website: www.androidmir.net